Oh,no, we’re not talking about the Edward Snowden kind of leakers. We’re speaking of those who urinate in public for fun, as a dare, or because they just can’t hold it any longer. Or, to be charitable, maybe there was no easily accessible toilet nearby. After all, the human bladder is not infinitely inelastic and […] 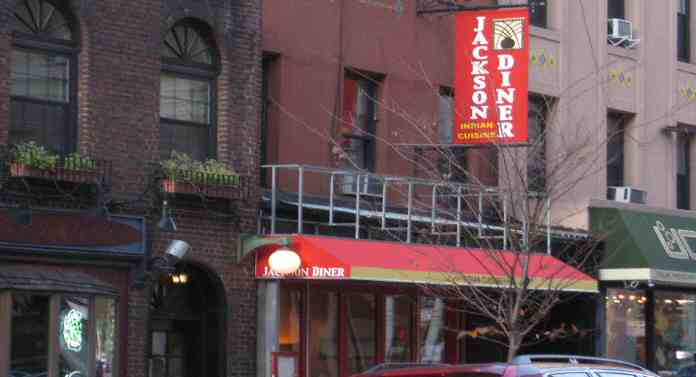 Indian restaurateur Manjit Singh’s Jackson Diner has vamoosed out of 72 University Place in Manhattan’s Greenwich Village. An old-timer on 74th St Jackson Heights, Jackson Diner opened the Manhattan outpost in 2010 in hopes of exploiting, and expanding, its curry fame beyond Queens. The Queens locations had earned much renown and much press attracting famous […]