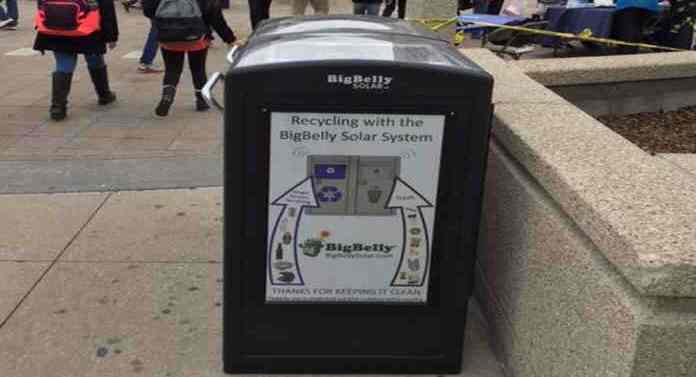 If all goes well, residents of downtown Manhattan and visitors to the area will get the holy grail of free WiFi, but from a trash can! Yes, free WiFi from a trash can. WiFi from Smart Trash Bins The brainchild of Newton (MA) trash management company Bigbelly, the plan is to install WiFi units into […]

New Yorkers are getting more free WiFi Internet access  thanks to search giant Google. The Southwest Chelsea neighborhood, where Google has its NYC offices, will get free WiFi. Google’s free WiFi network will cover the area between Gansevoort St and 19th St from 8th Ave to the West Side Highway. Google’s free WiFi covers public spaces like Gansevoort […]

After getting free (but spotty) WiFi at major public parks, New Yorkers can now look forward to free Internet access via public payphones under a new pilot program. The radius of the Payphone WiFi service will be between 100-200 feet from the payphone where the equipment is installed. NYC officials unveiled the Payphone WiFi initiative […]

Hooray, New Yorkers are getting more FREE WiFi options this summer. Google Offers is sponsoring free WiFi at 200 locations across New York City this summer including in a bunch of subway stations, from June 25 through September 7, 2012. W.14th St & 8th Ave (A, C and E trains) (Photo Courtesy – Yan Tseytlin) […]

Yes, we live in a connected world. Most of us develop severe withdrawal symptoms should we be untethered from the Internet for over 30-minutes. Fortunately, there are several hundred FREE WiFi hotspots in Manhattan (i.e. besides all the unsecured private ones) from where you can fire up your laptop or turn on your iPad or […]

This post is about Free roaming WiFi Internet access but with a caveat. The caveat is that if you’re already a paying Internet access subscriber of Time Warner Cable, Cablevision, Cox, Comcast or Bright House Networks in New York City, parts of the Tri-State area, Philadelphia, Los Angeles, Tampa or Orlando you can get free […]