The other day during one of my frequent aimless strolls through Chinatown/East Village I stumbled upon Yi Zhang at 9 Eldridge St. From the outside, other than its attractive signboard there’s little to distinguish Yi Zhang from so many other Chinese restaurants dotting the neighborhood. Hey, it’s Chinatown/East Village and there are plenty of cheap […]

New Yorkers are are a strange species. You’ll find them forever foraging for new food items and in that pursuit often following the herd. Few people, it seems, have a mind of their own. They see one review of a pizza, pasta or yogurt ‘to die for’ and you can see the lemming followers nodding […]

Schnipper’s 8th Ave – Not So Cheap

Schnippers Quality Kitchen in midtown Manhattan is not good value for money, at least, not for the likes of me who swear by the virtues of cheap. No one in a sane world would pay $4 for six onion rings or $6 for a milk-shake. Hell, no. That’s what the wise ones call daylight robbery. […]

On hot summer days, my brain just melts. And in such a state I’ve been known to splurge on not-so-cheap things in my favorite city, Noo Yawk. Just the other day I was walking down Park Avenue in midtown Manhattan on a sweltering afternoon. I was dying for some relief. Something cold would be heaven. […] 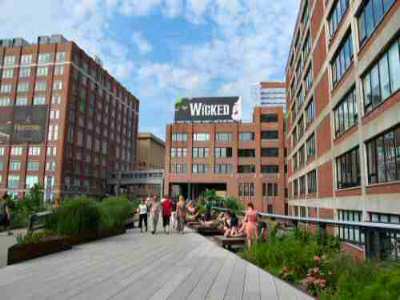 Highline Park Gansevvort St to W.34th St Between 10th Ave and 11th Ave Hours: 7AM-10PM, Daily Subway: A, C, E, L to 14 St-8 Ave Web site: http://www.thehighline.org If you thought New York City’s parks are all at ground level you’d be wrong. Highline Park is literally up in the air. Built on a former […]

Bryant Park Location: (Between 5th Ave and 6th Ave and between 40th St and 42nd St) Nidtown Manhattan, NY Bryant Park is one of the many oases dotting the concrete jungle of Manhattan. The 9.6 acre park is located in midtown Manhattan, close to Times Square, Port Authority bus terminal, Grand Central train station. On […]

If you live in the New York Metropolitan area or even neighboring states like Connecticut, Massachusetts, New Jersey, Philadelphia, Delaware, Maryland or Northern Virginia you might want to consider taking your kids to Coney Island in Brooklyn, NY. After all, it’s summer vacation now and your kids must be getting bored stiff. Short Ride Coney […]